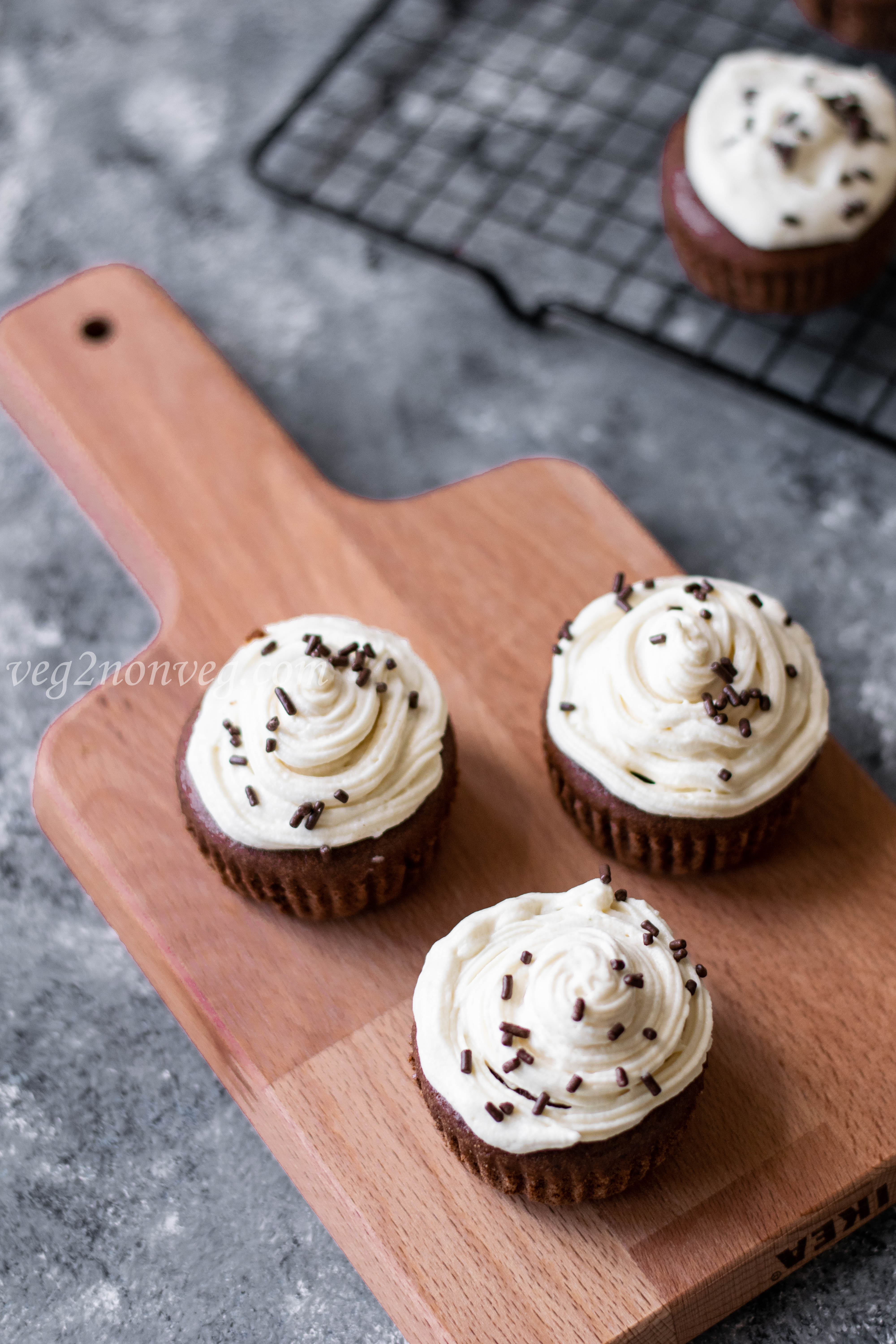 Ragi chocolate cupcake recipe (Gluten-free) with step by step pics. There is NO ADDED SUGAR, NO ADDED WHITE FLOUR, its a healthy cupcake that you can eat without any guilt!

Last week I was in a search of gluten-free flours. I won’t frequently bake gluten-free recipes. But after my little one started with solids, I was concentrating more on healthy recipes especially for her and started avoiding white flour (all-purpose flour). She loves baked goodies, so I gave a try on cupcakes using ragi(finger millet flour). Surprisingly it was the richest and moist spongy gluten-free cupcake I have ever had. Believe me; even I was surprised until I tasted it. None of them will believe these chocolate cupcakes are made up of Ragi until you reveal 😉

Mostly Ragi is flour is used in Southern part of India. This flour is prepared of crushing the dried grain. I have seen many recipes on Pinterest for Ragi cupcakes, but those where made with the addition of all-purpose flour or whole wheat flour or multigrain flour. So I decided to create a recipe using 100% finger millet flour (Ragi). 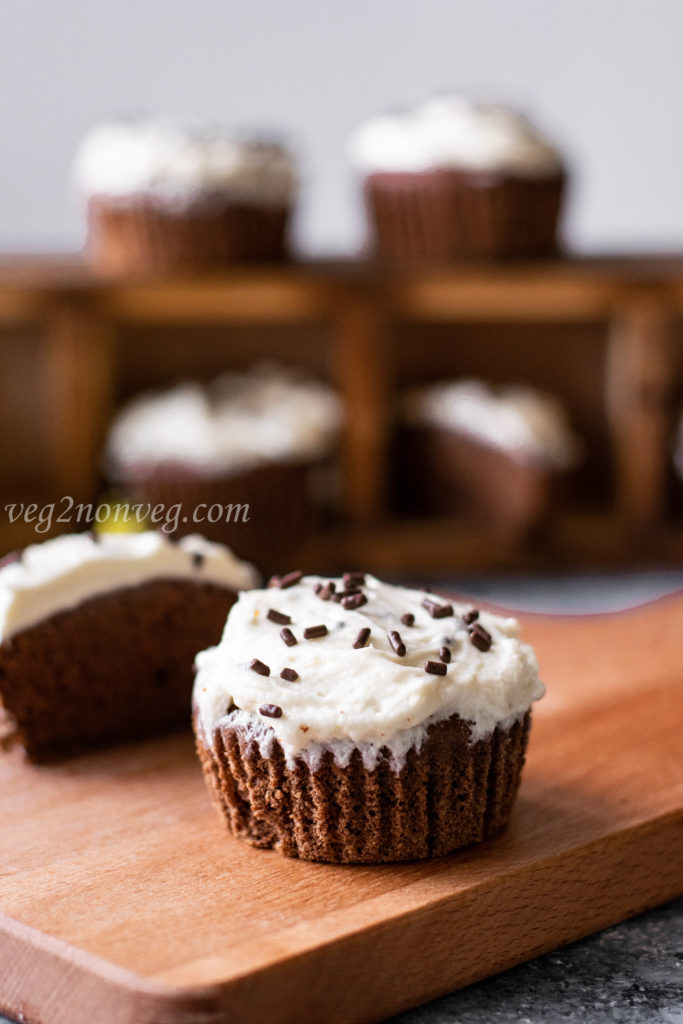 If you follow the exact recipe, you will get crackle free top cupcakes with rich chocolate flavor. The most important step you have to remember while making this cupcake is, whipping the egg whites and folding it into the batter. This method makes the cupcakes moist and fluffy.

The reason why I chose finger millet flour is because of its health benefits. Mainly they are gluten-free flour and rich in fiber. So it helps in weight loss and diabetes, which is amazing! The flour is packed with calcium and vitamin D. Consuming Ragi regularly helps in battling against Anemia and reverts skin ageing, you will look young forever 😉 and lot more health benefits are there.

I decided not to use regular buttercream loaded with sugar. So made “honey buttercream” to frost the cupcakes. They were absolutely delicious with the mild sweetness.

You may also love this ragi banana bread recipe available on my blog! 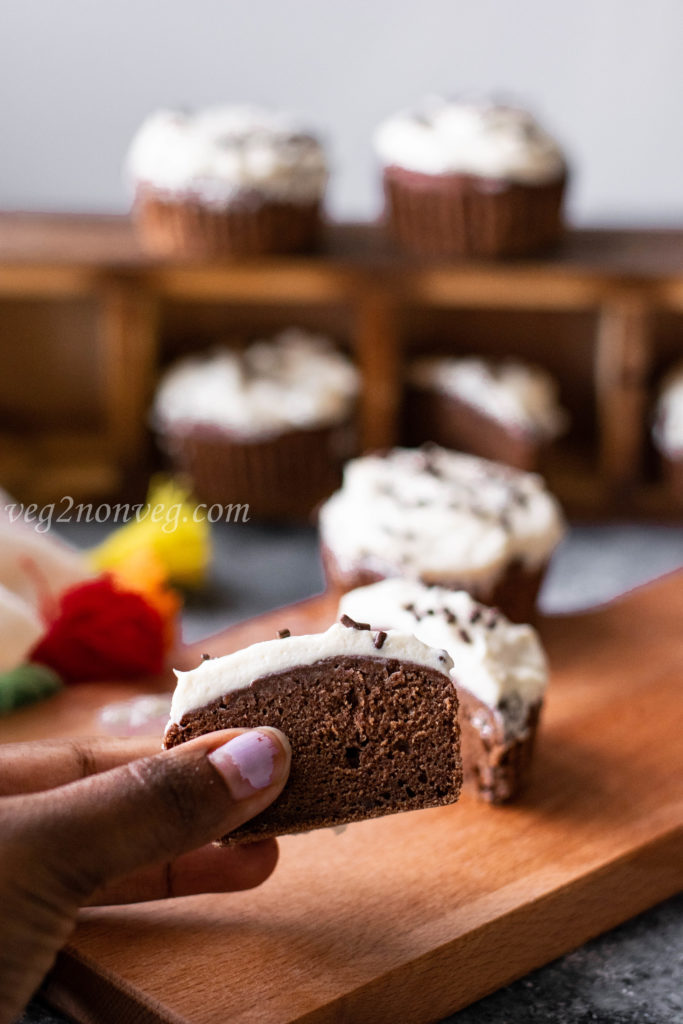 If you tried this recipe let me know how it turned. Take a picture and tag me @veg2nonveg_kitchen on Instagram with the hashtag #veg2nonvegkitchen. I would love to see your creation 🙂

So let’s see the ingredients to make these gluten-free chocolate cupcakes:

Add baking powder and baking soda and mix it.

Now add the wet ingredients one by one, add the melted butter and vanilla extract. Separate the yolks and whites from the eggs and add yolk alone.

Add the milk little by little and combine everything together. In a separate bowl add the egg whites and whip until you get stiff peaks.

Now fold the egg whites into the batter and fold it gently, don’t overmix it. Once the cupcake batter is mixed thoroughly, preheat the oven for 350 F.

Start pouring the cupcake batter on a cupcake liner. Fill the batter 3/4th. Bake the cupcakes for 12 – 15 minutes.
Once done transfer the cupcakes to a cooling rack and give sometime before frosting

For frosting, add the butter, honey and cornstarch and beat until they are fluffy and creamy (It will take at least 6-8 minutes to attain this stage)
Transfer the buttercream to a piping bag or zip log bag with star nozzle and decorate the cupcakes. Add some sprinkles on top and enjoy the healthy cupcakes. 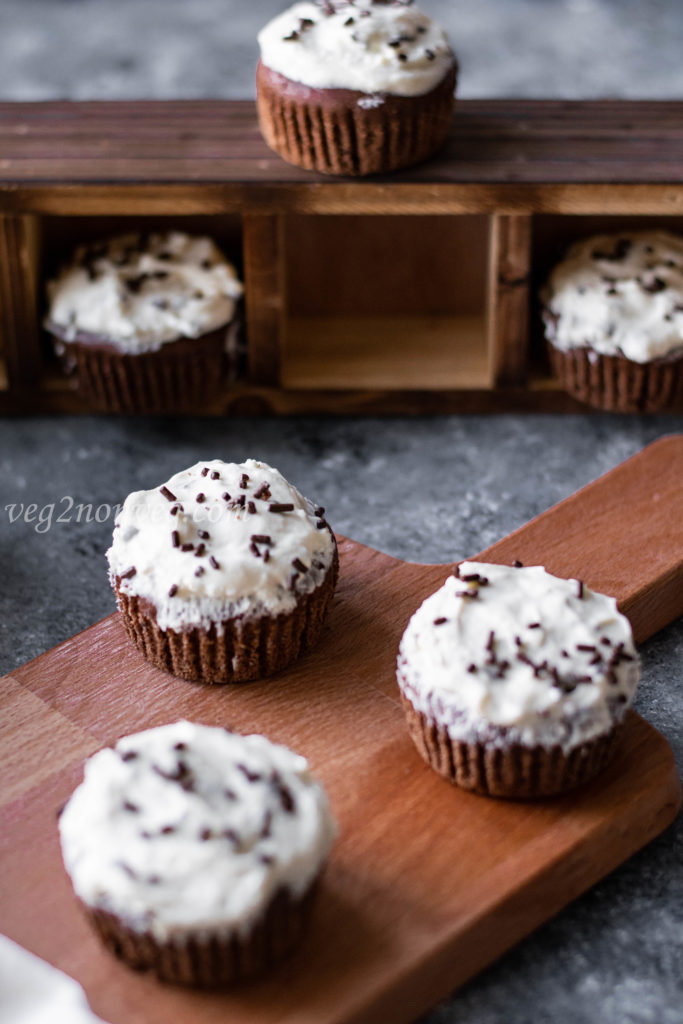 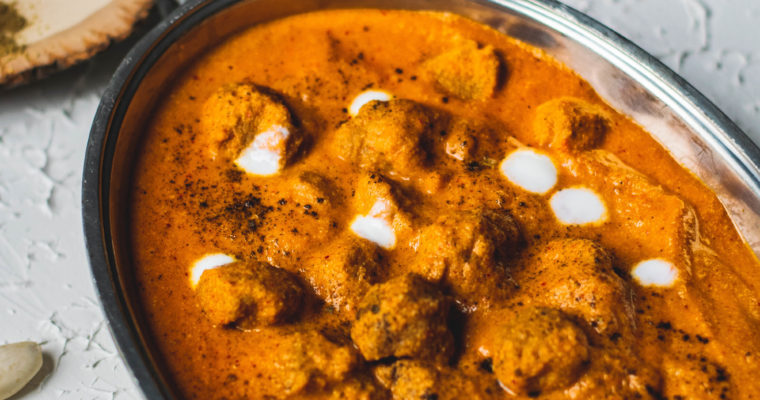 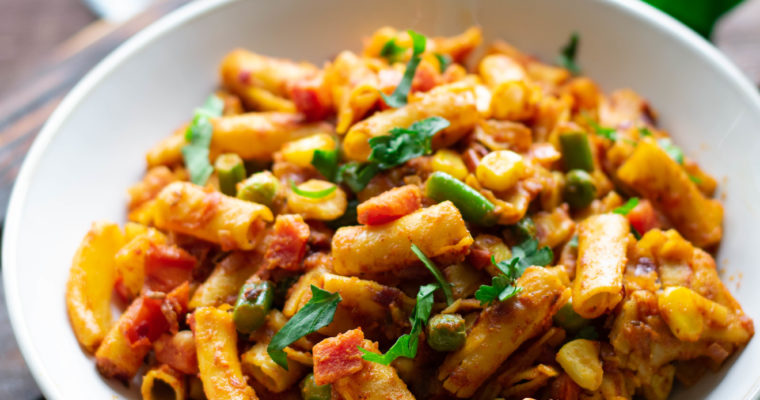 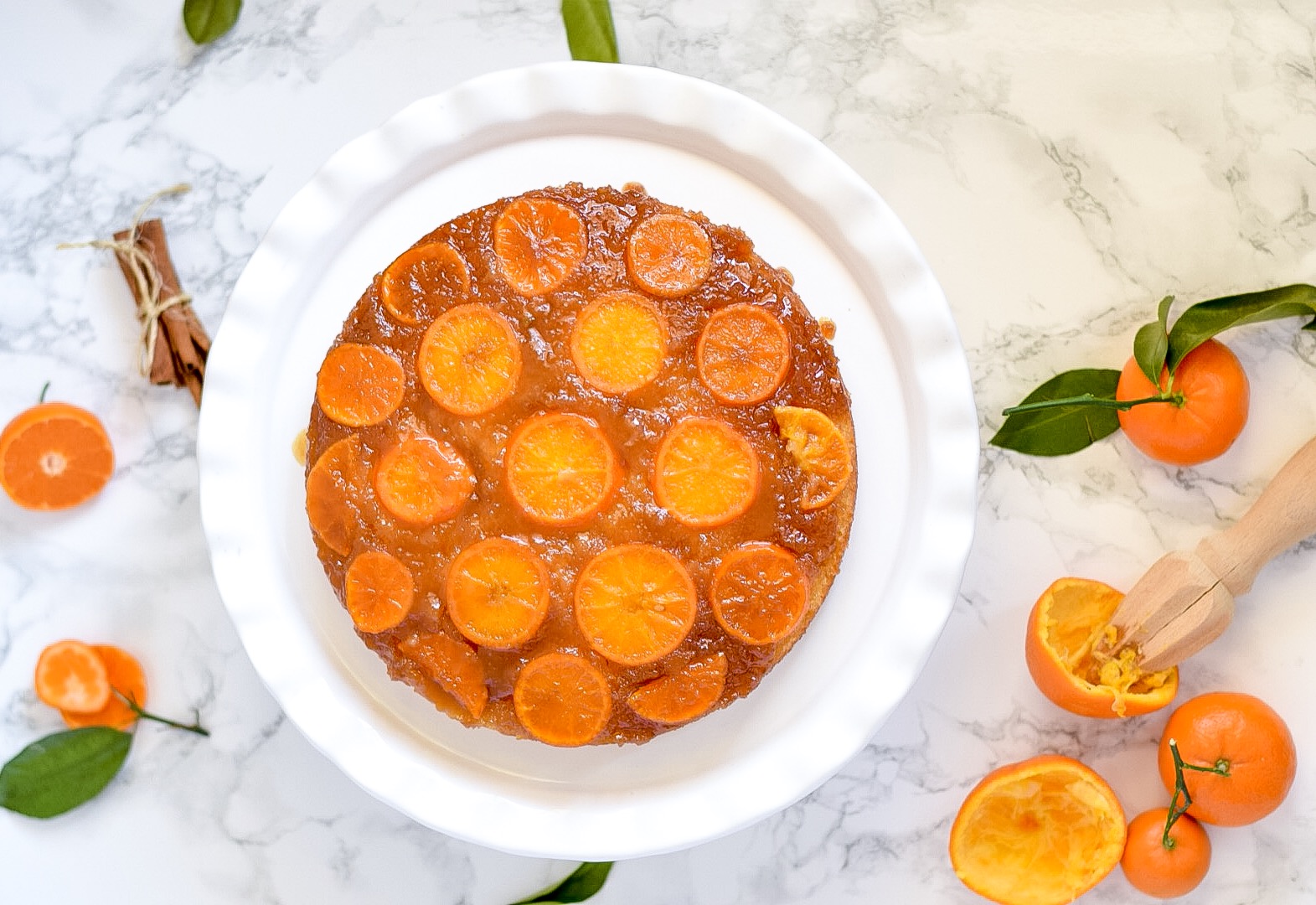